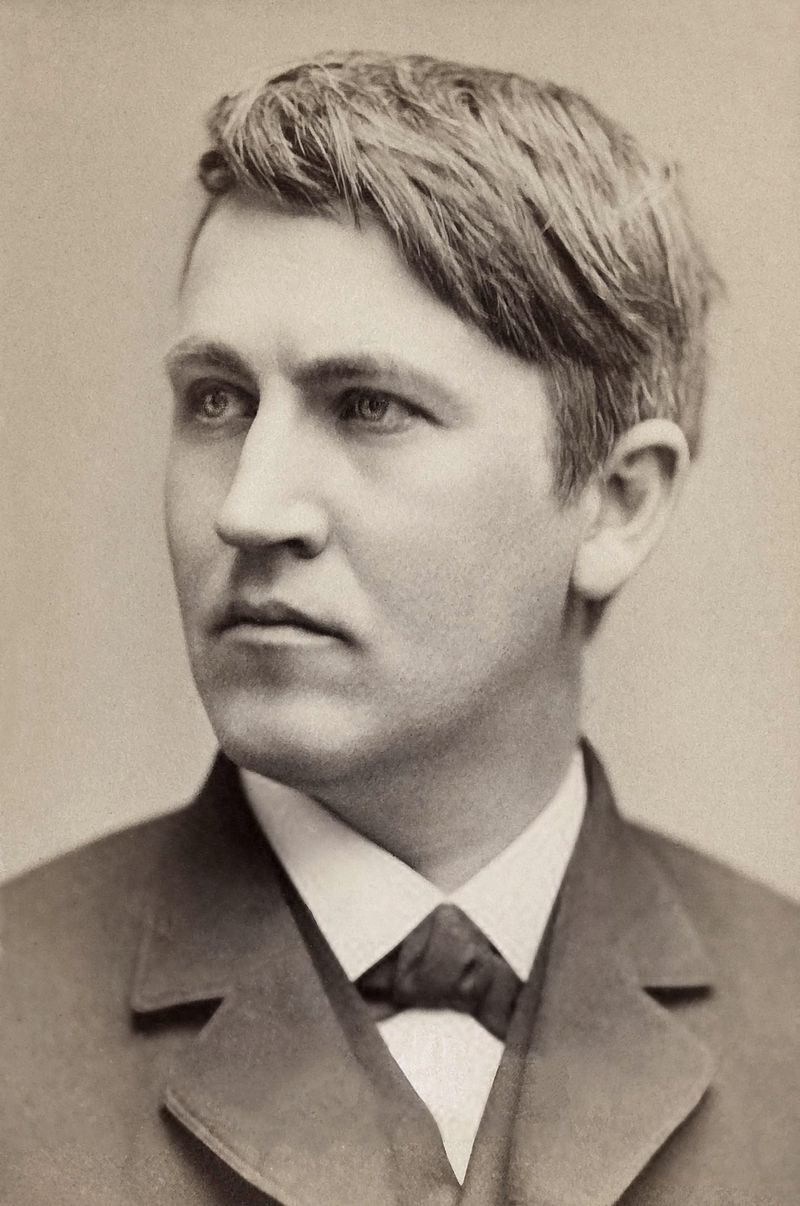 When Thomas Edison was twelve years old, he had a job selling newspapers on a commuter train. He had set up a printing press on the train to make his own newspapers, and thereby increase his profits. He also set up a chemistry lab, to indulge his already well-developed scientific curiosity. One day, as the train went around a particularly tight turn, some of Edison’s phosphorus fell on the floor and started a small fire. As the train came into the station, and the conductor discovered the problem, Tom tried to run away. The conductor pulled him back up into the train by his ears. “I felt something snap inside my head,” Edison said. From that time until his death, he was hard of hearing.