I had a client with a website that was taking 21 seconds for pages to appear. She contacted her hosting company and after making her spend an hour doing various tests, they said ‘something’ was wrong with her website. ‘It wasn’t anything on their end.’

She then went through a couple of web experts who checked her website from one end to the other. They tried all sorts of optimization plugins. Nothing worked. She called the hosting company again, and after another hour of messing around, they told her once again that it was ‘her website. There was nothing wrong with their hosting.’

They suggested that she buy their much more expensive hosting plan. She paid for a year. Everything was the same. The website was still dead slow.

In desperation, she called me. I went through an hour of testing. I tried a different optimizing plugin. Still slow. I had recently learned about GTMetrix.com, and looked at what they call their “Waterfall Chart.” It showed long purple stripes leading up to ‘first paint,’ meaning the website was taking many seconds before anything happened at all. I started to suspect that the problem was with the hosting. 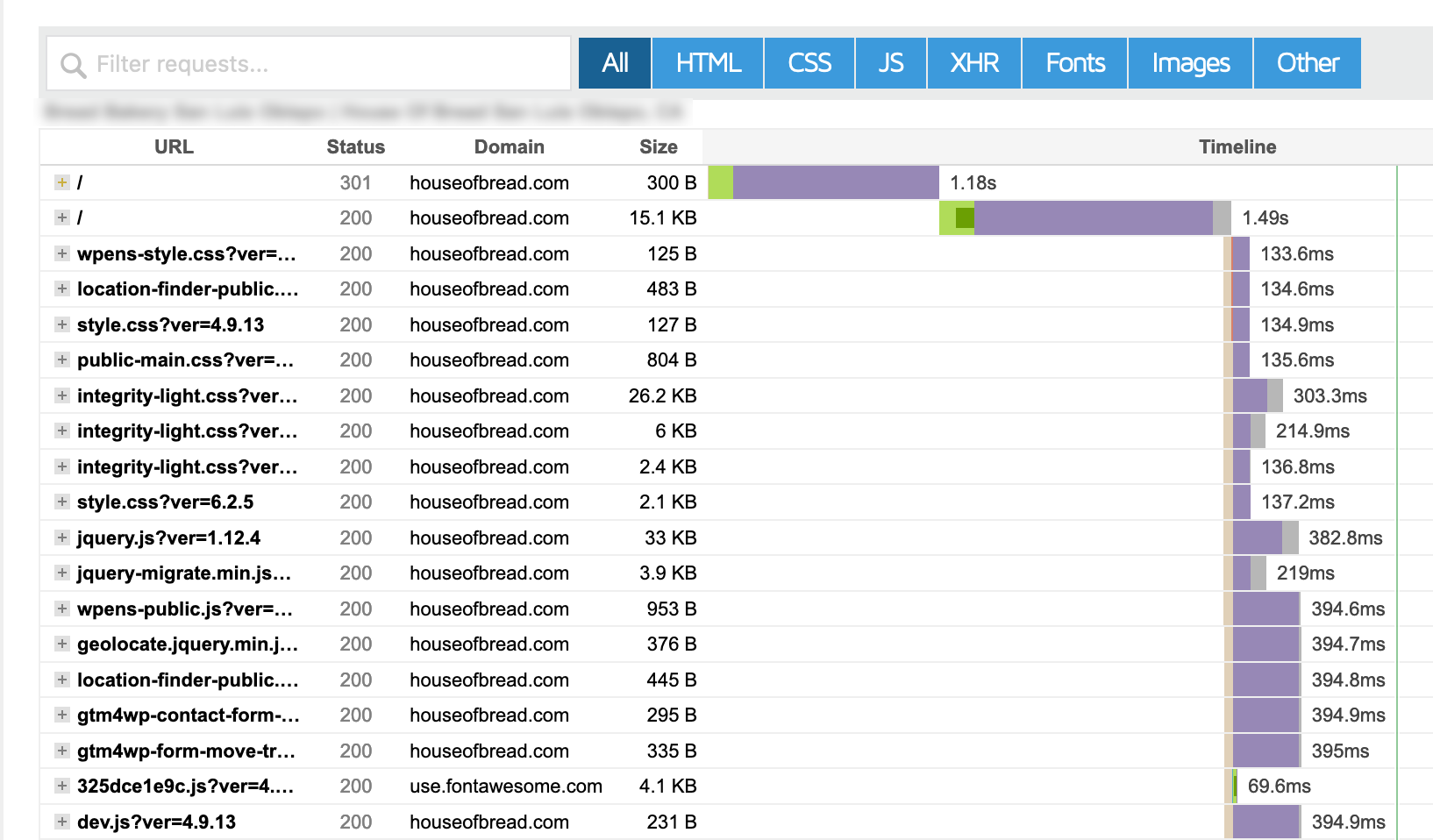 I copied her site to another hosting company. Siteground. Suddenly, without any other changes, the very same website was lightning fast.

Shortly thereafter, I suggested migrating to Siteground for four other clients who were having speed issues. Some were so slow that their customers absolutely couldn’t complete checking out, especially in the early evening hours here in the USA when the Internet is busiest. In every case, their websites suddenly were much faster. For them, no more lost sales. No more products abandoned in shopping carts because the website just wouldn’t work. Bounce rates that were running near 100% went down very nicely. People were now staying engaged with their websites.

This site is running on SiteGround. Did you see how fast it came up?

I had clients with other issues. One government watchdog agency that was streaming meetings to thousands of customers would lose the connections for a minute, forcing all those people to refresh their pages, while critical information was lost forever. Others with problems that went unresolved for weeks because they couldn’t phone their hosting companies found solutions to their problems as soon as they joined Siteground.

But the biggest issue is speed. Many people don’t realize their sites are slow. They either think it’s their own Internet connection, or they don’t look at their own websites in the prime evening hours when the Internet is busiest.

One reason is that many hosting companies oversell their capacity. It’s not uncommon for shared hosting to put over 100 websites on a single computer. These computers may have big arrays of hard drives, but the memory and CPUs are often no bigger than a typical home computer. Most don’t firewall the other websites very well. As I understand it, Siteground has software that detects when another website has runaway software that’s hogging resources. They warn that website owner if the infraction is minor, but immediately shut down the website if it’s causing troubles for the neighboring sites on the server.

Now here’s the stupid part: I was recommending Siteground to everyone for two years before I realized they offer a commission. So now I am even happier to recommend Siteground.

There are other things worth considering. There’s a common backup system called SiteGUARD (completely unrelated to “SiteGround‘) that many hosting companies sell you. (They don’t give it to you.) It’s supposed to protect you if your website gets hacked, or breaks down for any number of reasons. And it happens, surprisingly often. What they never tell you is that SiteGuard’s standard plan has only 1 GB capacity. If your site grows bigger than that, as many do, the backups quit working. And you never get to find out until it’s too late. Your hosting company and SiteGuard never send you an email. There’s no warning or any indication at all. Want to restore your website? Sorry, it can’t be done!

Siteground offers free daily backups of your website no matter how big it is.

Want SSL? Of course you do. SSL is an encryption system (often referred to as ‘SSL certification’) originally designed to protect sensitive data being sent over the web such as medical records and financial transactions. Even though your website may have none of that, the search engines have all come to expect SSL. Without SSL, they’ll reduce your ranking in search engine results. GoDaddy charges $79/year per website for SSL. With Siteground, it’s free.

If you’ve never had to contact your hosting company for help, you’re probably not part of the human race. How does your company handle tech support? Some require that you file a ticket to which they’ll respond in a day, if it’s not the weekend. Some are very good about tech support. Siteground has a phone number that you can call 24/7, and in most cases they answer right away. I’ve called them 50 times on behalf of my clients. I always get knowledgeable assistance, and they’ll always doggedly work on a problem until they fix it if they can. I’ve called other hosting companies, and after a long wait, I get a huge run-around, or rediculous, unworkable answers.

Or how about this: I’ve clients lose their websites because their hosting company went out of business. Never trust your website to a guy who’s running his own little server. Siteground is a huge, multinational company, with up-to-date copies of your data in multiple server farms.

Here’s What You Get

With Siteground‘s most basic plan, called “StartUp” which is just $7/month for the first year, you get:

For an additional $30, they’ll migrate your website to their servers.

What if you have more than one website or need more power?

Siteground has VPS (Cloud hosting) plans, as well as dedicated hosting with up to huge capacities. Don’t worry, they won’t stick you with a bare bones Linux system that you have to maintain yourself as many of the other similarly low-cost VPS and dedicated hosting do.

Siteground has a plan they call “GrowBig” in which you can run multiple websites. You can have a huge number of monthly visitors and you can build staging sites where you can test things before making them publicly available. It offers everything their StartUp plan offers including the free SSL for every website. 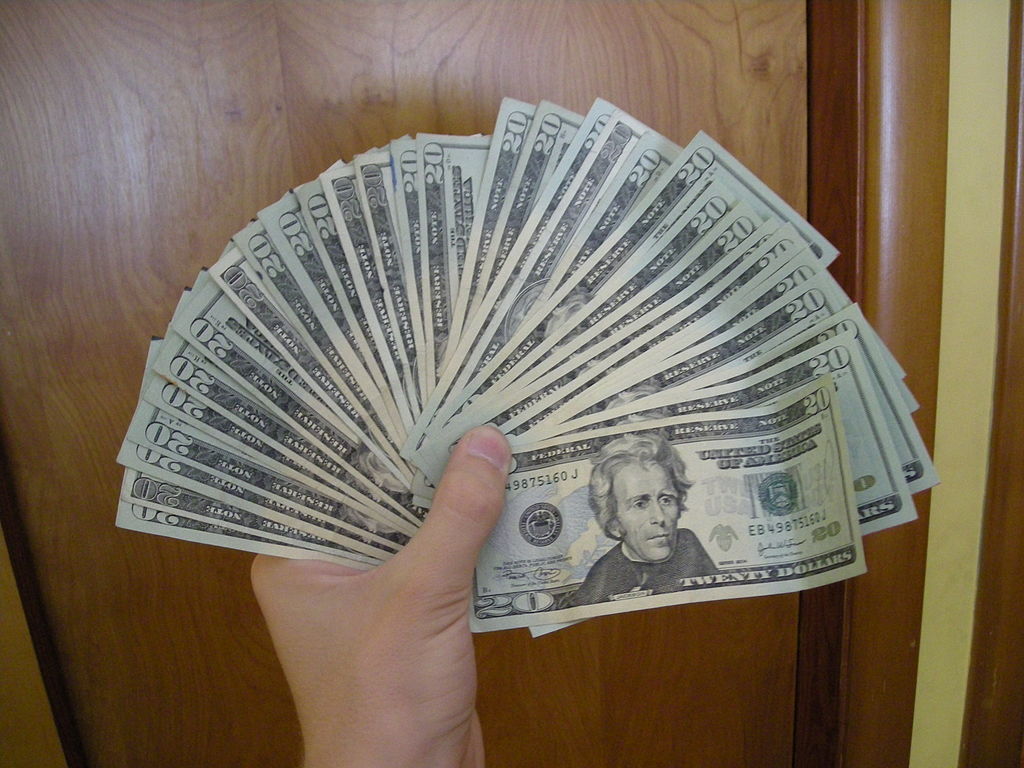 Finally, as a Siteground client, you can get commissions, just like I’m doing, for signing up others.

I’d be absolutely honored if you’d set yourself up with Siteground right now. But better than that, you’ll free yourself from the stupidity and tyranny of your current hosting company.

0
0
0
0
0
0
0
0
How accurate, relevant and well-written is this website? If you find any inaccuracies, typos, or have suggestions, I'd really appreciate hearing about it. Please drop me an email: jeff@500ways.com
Random