Fifteen million Americans joined the armed forces during WWII. One out of every 50 people in the military were women (300,000). Since so many men were participating in the war, many women who stayed home did jobs that had previously been considered men’s work. It was not uncommon to find female welders, garbage collectors, truck drivers, and general laborers during the early 1940s. 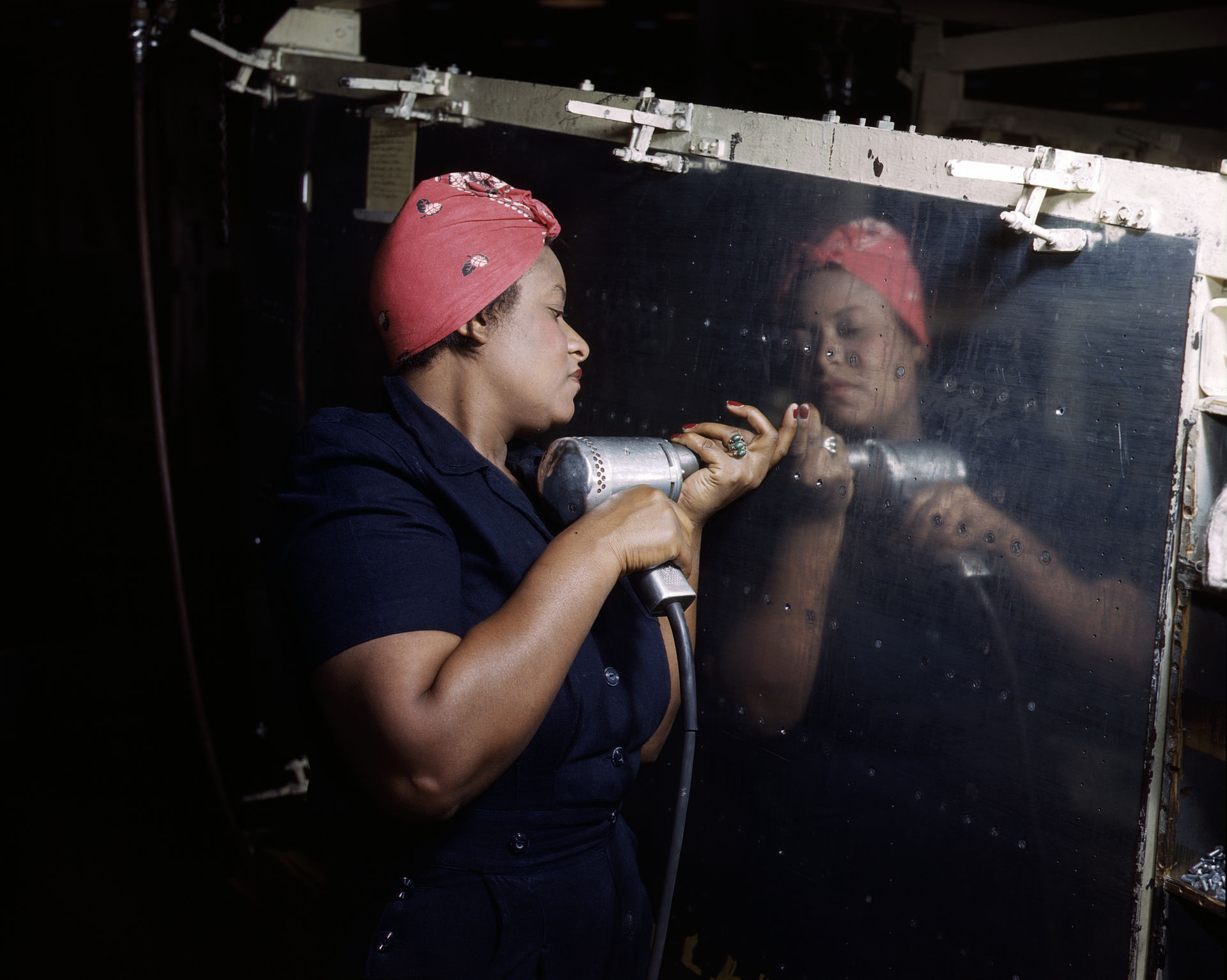