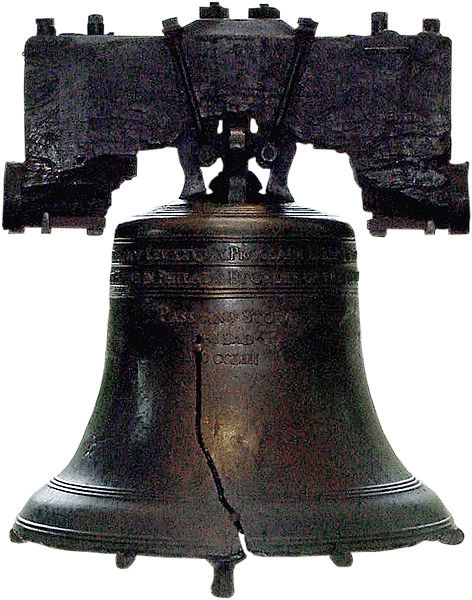 Because the Americans felt unqualified to cast a bell so large, the Liberty Bell was made in England and shipped to America. It arrived in 1752. It cracked the very first time it was rung. This was the only bell made by the Whitechapel Foundry of London that ever cracked in the 400 years they had been making them.

The colonists melted it down and tried to recast it themselves, but it did not sound good when finished. They tried again, and then it worked fine for 83 years until 1835 when it cracked again. They used it for eleven more years, but finally the crack was growing too big to ignore.

It was supposed to be melted down and poured into a mold to make a new bell twice as big, but the man hired for the job refused to do it. He said “Your children and my children will some day come to value it, so let it stand.”

To those who have been to Philadelphia and seen the Liberty Bell, it seems huge. But it is far from the largest bell in the world. In Russia there is a bell so big that twenty-four people are needed to ring it. It was originally cast in the sixteenth century. It fell off its support, broke, and was recast in 1654. It fell off its support and broke again in 1706, and it was recast again. This Russian bell is taller than three people, and as big in diameter as a car. It weighs 443,732 pounds, about the same as 4,000 people. 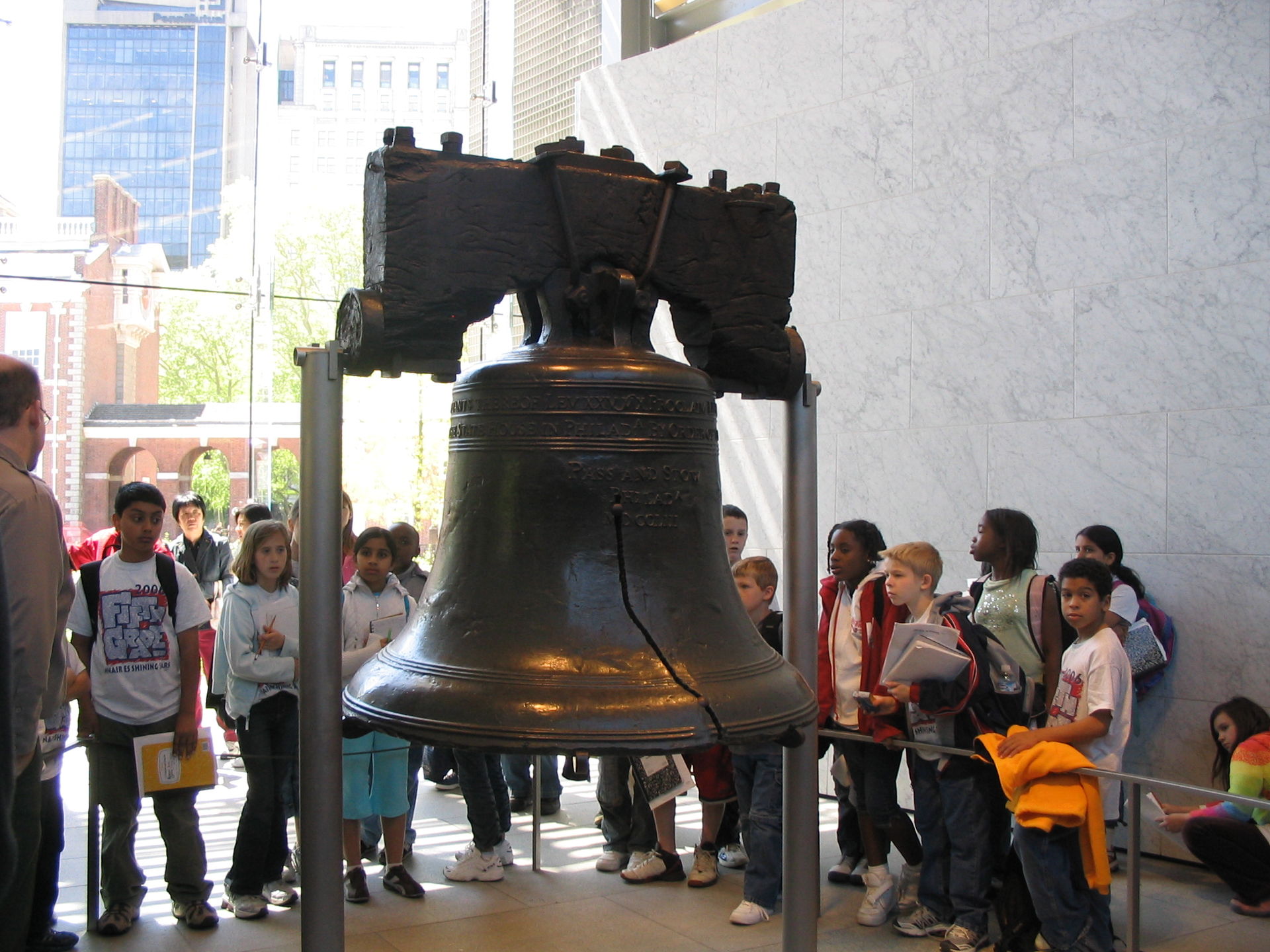