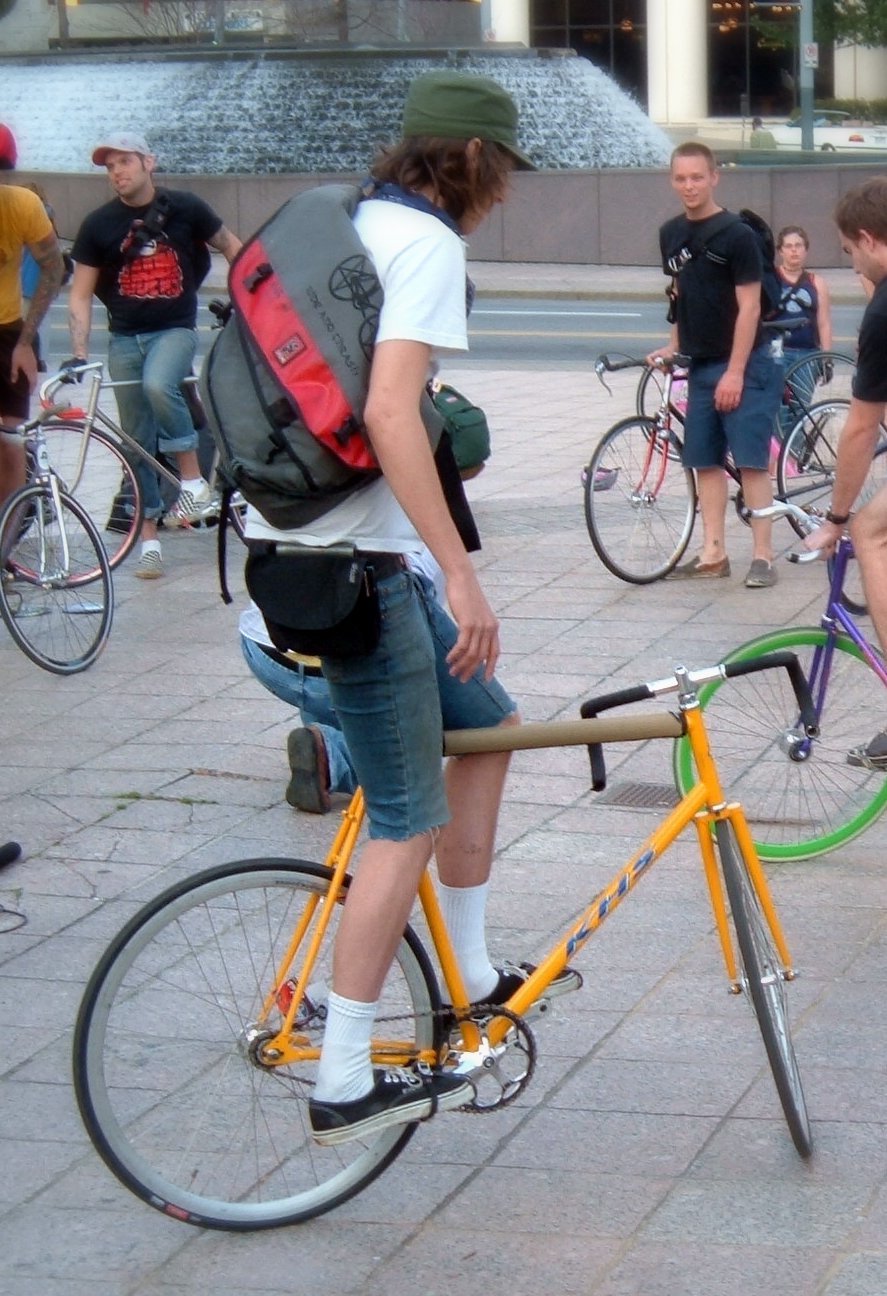 Next time you are waiting at a red light while on your bike, you may want to begin practicing a technique called the ‘track stand.’ As you come to a stop, but before putting a foot on the ground, turn your front wheel about 70 or 80 degrees to the right or left. If your bike is not facing uphill, turn the front wheel facing uphill. This means that your wheel will probably be turned to the left, since most often in non-British countries, the road curves uphill toward the centerline, so that rainwater will run off. Keep steady pressure on one of the pedals, but balance the tendency to roll backward, downhill. With practice, you will find that you can come to a stop and never have to put a foot on the ground. You will be able to rock slightly back and forth, balancing between rolling back and pushing forward.

This trick is used extensively by road racers who don’t want to deal with repositioning a foot on a pedal when it is time to resume riding. For the mountain biker, it helps develop fine control of the bike at slow speeds such as when you are biking along a narrow cliff.

The fellow in the picture above is using a fixed-gear bike (a ‘fixie’) but it can be done on almost any kind of two-wheeled machine.