In the first phone company, the four operators had to remember the names of about 200 customers. When John Smith wanted to call Tom Hardin, for instance, the operator knew which plug to put in which hole. When two of the four operators became sick with the measles, the doctor, who was also a part owner of the phone company, suggested numbering the customers so that temporary operators who didn’t know all the customers by name, could work the system. This is how phone numbers came to be. 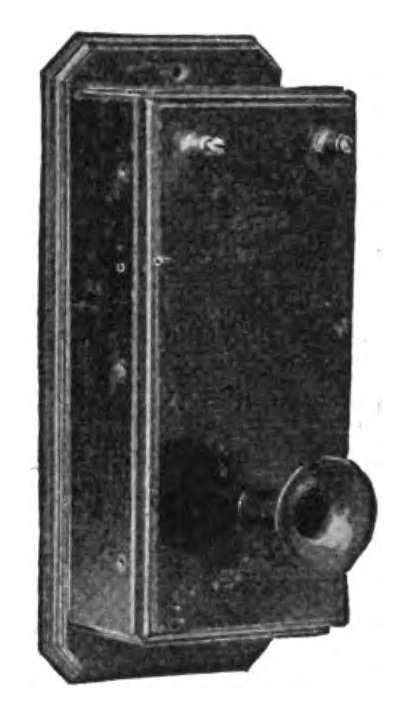 First wall-mounted telephone. Note that you had to stand right up to it to speak into the microphone.

One elderly woman related this story: “We didn’t used to dial phones. You would crank the phone in a code. Ours was two short and two long. Every neighbor had their own code. You dialed a short with about a half-turn of the crank, and a long was about a full turn. “Music was such a novelty, that sometimes one of the rare neighbors who had a phonograph would dial four longs, which was the signal for everyone on the line to pull down their receivers and listen. They would then wind up the Victrola and everyone would listen in wonder to the music. Of course, only one person in every family could listen to the receiver at a time, so everyone would take turns holding the thing to their ears, while the others in the family gathered around eagerly awaiting their turn.” 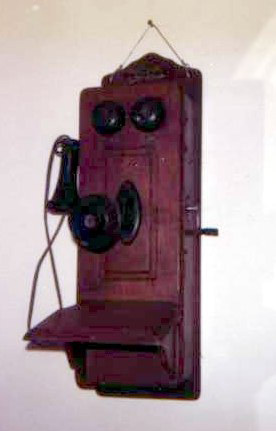 This was in contrast to so much home equipment of the era. If you had a camera, for instance, you had to have your own darkroom to develop your pictures. You needed to know chemistry to mix your own developing chemicals. There was no one to send your film (actually individual glass plates) to for development. You had to do it yourself.

Later, Kodak developed a camera in which you could send the film to the factory for developing, but the film was sealed into the camera. You had to send the whole camera to Kodak to get your pictures developed.

Still later, when automobiles were invented, you didn’t get one unless you felt yourself rather competent in mechanical work, because repairs were constantly necessary. Often you had to repair your car several times in one trip. I talked with one old timer who told me about a 100-mile trip in a “tin lizzy” (Ford Model T) during which he had to stop seven times to patch flat tires.