In Texas the law clearly states that when two trains meet at a crossing “neither shall proceed until the other has gone.”

Perhaps the lawmakers though something like in the picture below might happen. This was in Paris, France, in 1895. The train was running a bit late. The engineer put on more steam to make up lost time. He figured he could come fast into the station and apply the brakes a little harder than usual. That didn’t work out as well as he had hoped. Although there were 131 passengers on board, only a single person was killed, and six were injured. The person killed was accompanying her newspaper vendor husband on his way to get more newspapers, when she was struck by falling concrete.

The engine looks wrecked, but was repaired and placed back in service. 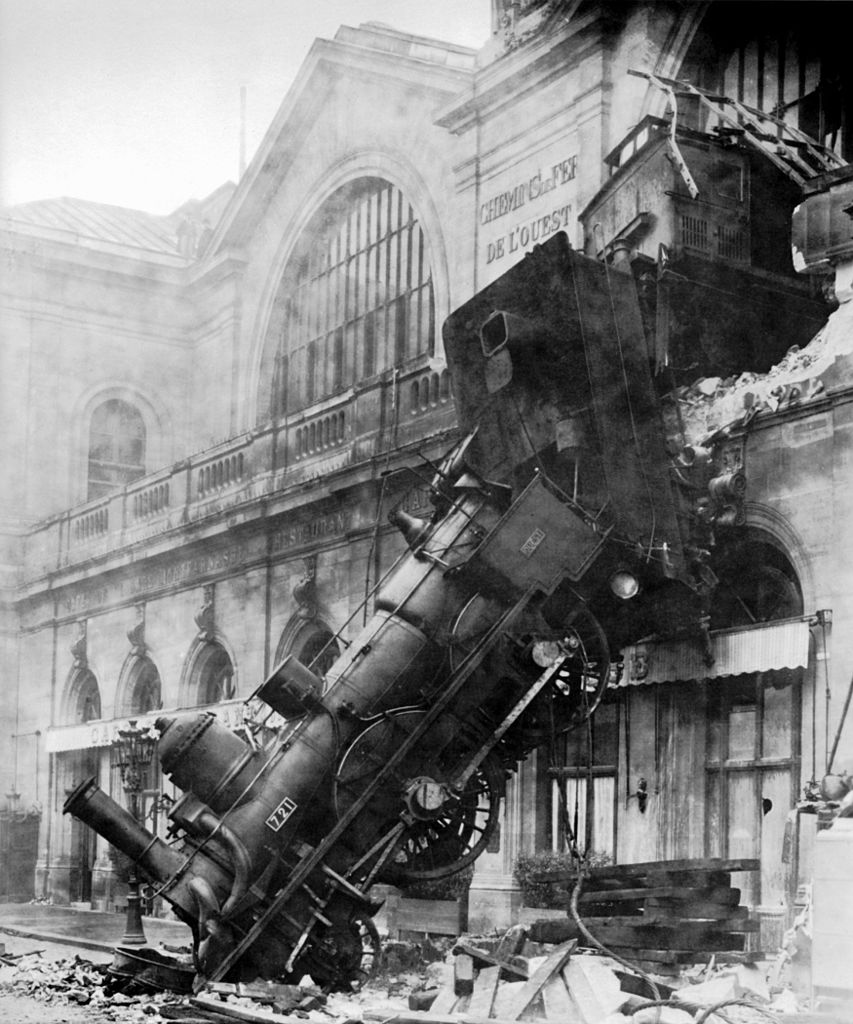