The United States can be blamed for the Hindenburg disaster. This was a huge blimp that burst into flames in New Jersey, burning and killing many of its passengers. It would have been much safer to fill the blimp with nonflammable helium than explosive hydrogen. Then, if there were a leak, nothing would have happened. There would be plenty of time to set the ship down and fix it. But the United States refused to sell helium to the Germans, so they had to use the hydrogen. 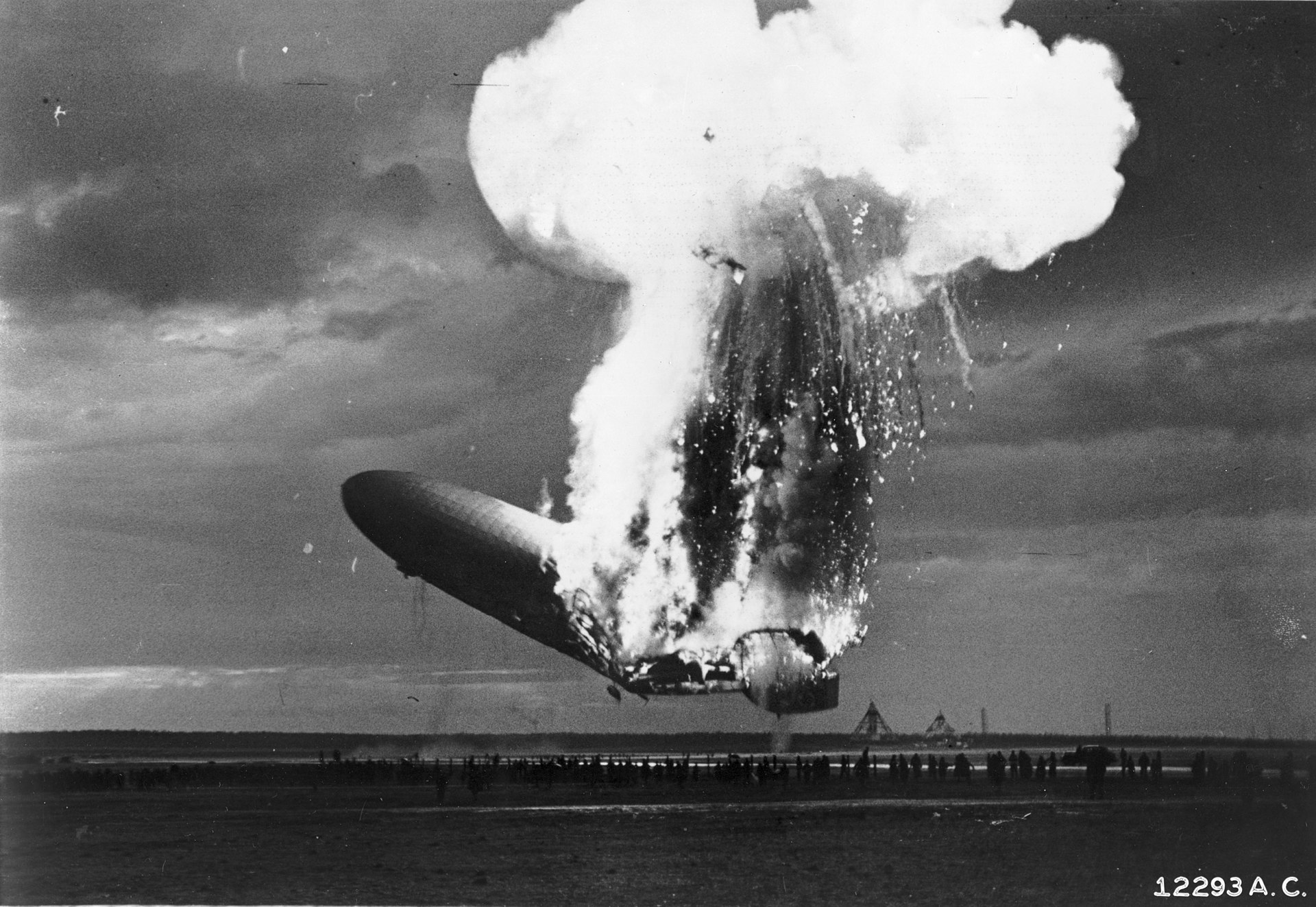